‘Examples of what I shall refer to ... as “acting together” include dancing together, building a house together, and marching together against the enemy, where these are construed as something other than a matter of doing the same thing concurrently and in the same place’ 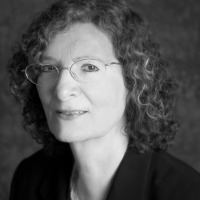 ‘The key question in the philosophy of collective action is simply ... under what conditions are two or more people doing something together?’

If this is correct, the Circularity Objection would appear inescapable. Certainly the reply I’ve just offered to it would be inadequate.
We are going to explore Gilbert’s views in some detail later in the course, but let us have a quick peek at what she thinks is involved in acting together ...
Here is Gilbert’s own statement of her view.

‘two or more people are acting together if [and only if] they are jointly committed to espousing as a body a certain goal, and each one is acting in a way appropriate to the achievement of that goal, where each one is doing this in light of the fact that he or she is subject to a joint commitment to espouse the goal in question as a body.’

\citep[p.~34]{gilbert:2014_book}
There is a lot going on here but I want to zoom in on just one feature for now, the joint committment.
Joint committment is Gilbert's central notion. Start with individual committment (which Gilbert calls ‘personal commitment’). You can make an individual committment to me that you will write an essay, and I can make an individual committment to you that I will mark it. In this case the committment entails certain obligations and perhaps rights. Gilbert’s idea is that several people can also become collectively committed, in which case they have a joint committment which entails collective obligations. So the idea is that a joint commitment is something irreducibly collective. This is an interesting idea which will become clearer later. (We need to think more carefully about the basic individual/collective contrast.) But for now I just want to note that Gilbert thinks along these lines ...
If Gilbert is right the worry about the circularity of the Simple View is clearly justified. But is Gilbert right? 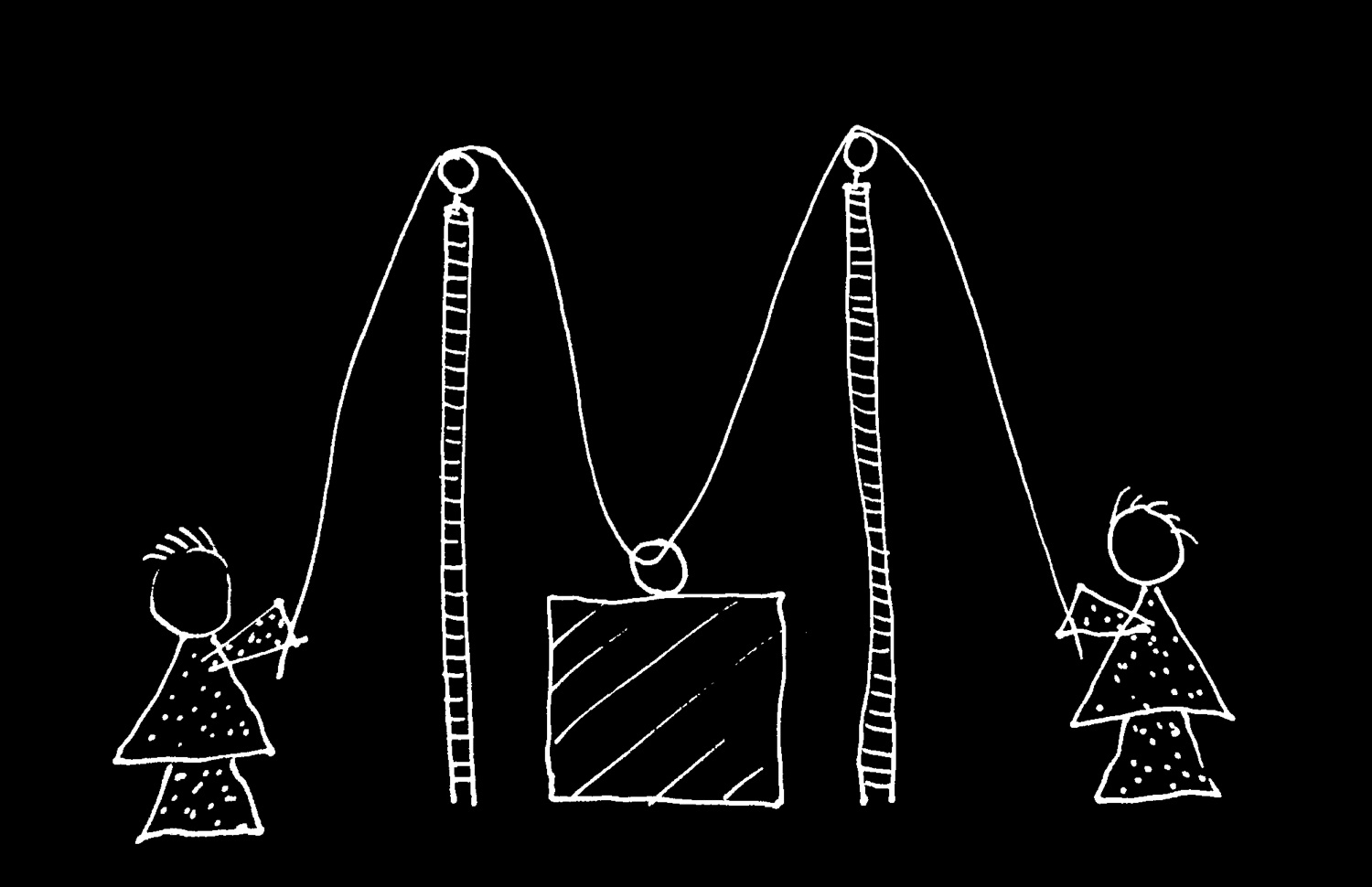 Let me go back to Ayesha and Beatrice lifting the block.
Consider two questions ...

Are Ayesha and Beatrice acting together?

Do Ayesha and Beatrice have a joint commitment?

On Gilbert’s view, you cannot say yes to one and no to the other. I think you can, of course. But at this point we are just in danger of trading intuitions. And if I’m wrong, the Circularity Objection would appear to be correct.
Can we find an argument here?

The first sentence is naturally read *distributively*; that is, as specifying something that each drop did individually. Perhaps first drop one fell, then another fell.
But the second sentence is naturally read *collectively*. No one drop soaked Zach’s trousers; rather the soaking was something that the drops accomplised together.
If the sentence is true on this reading, the tiny drops' soaking Zach’s trousers is not a matter of each drop soaking Zach’s trousers.
[*Might need more examples. Bad pint? Ask them to think of an example?] 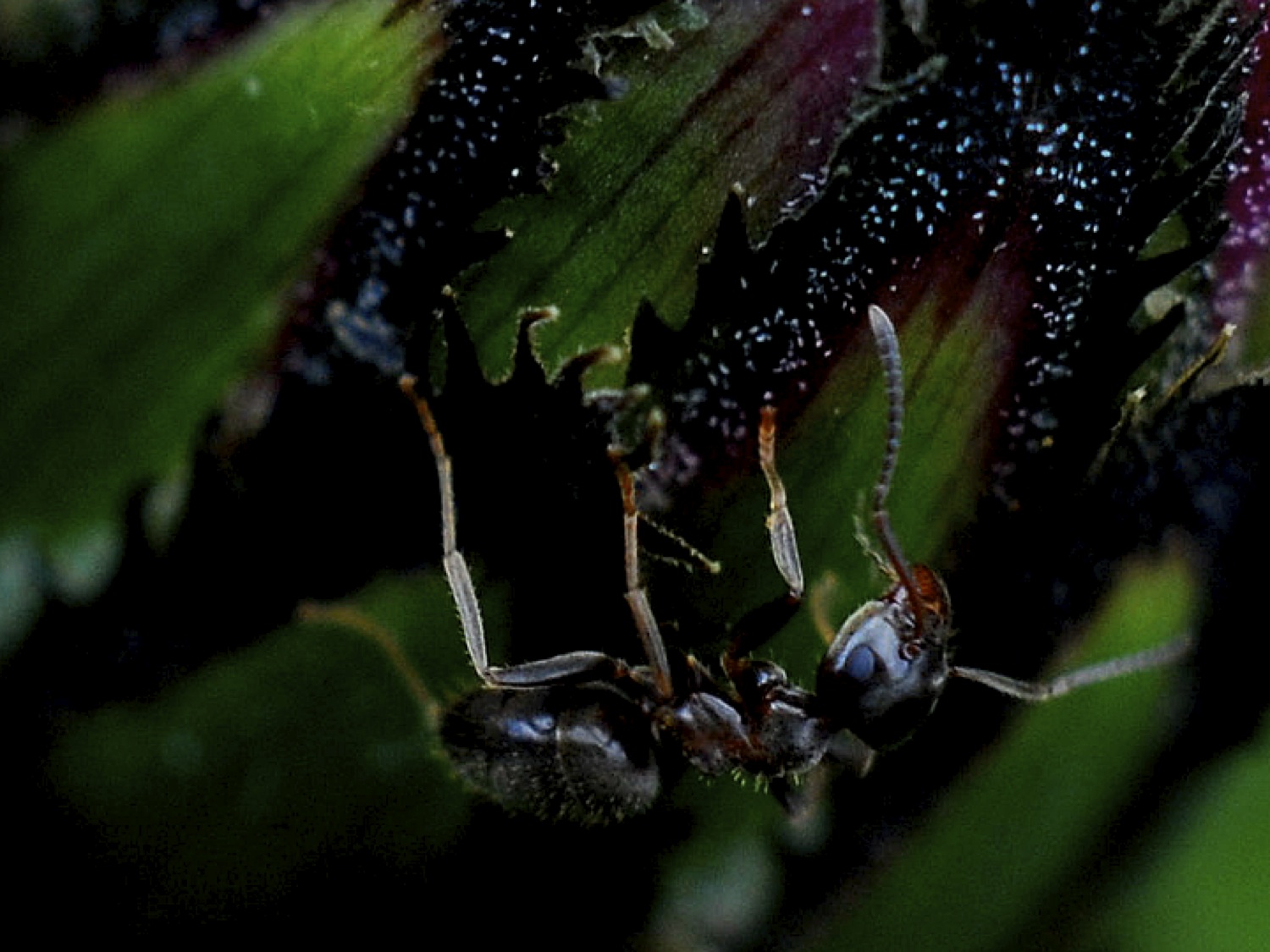 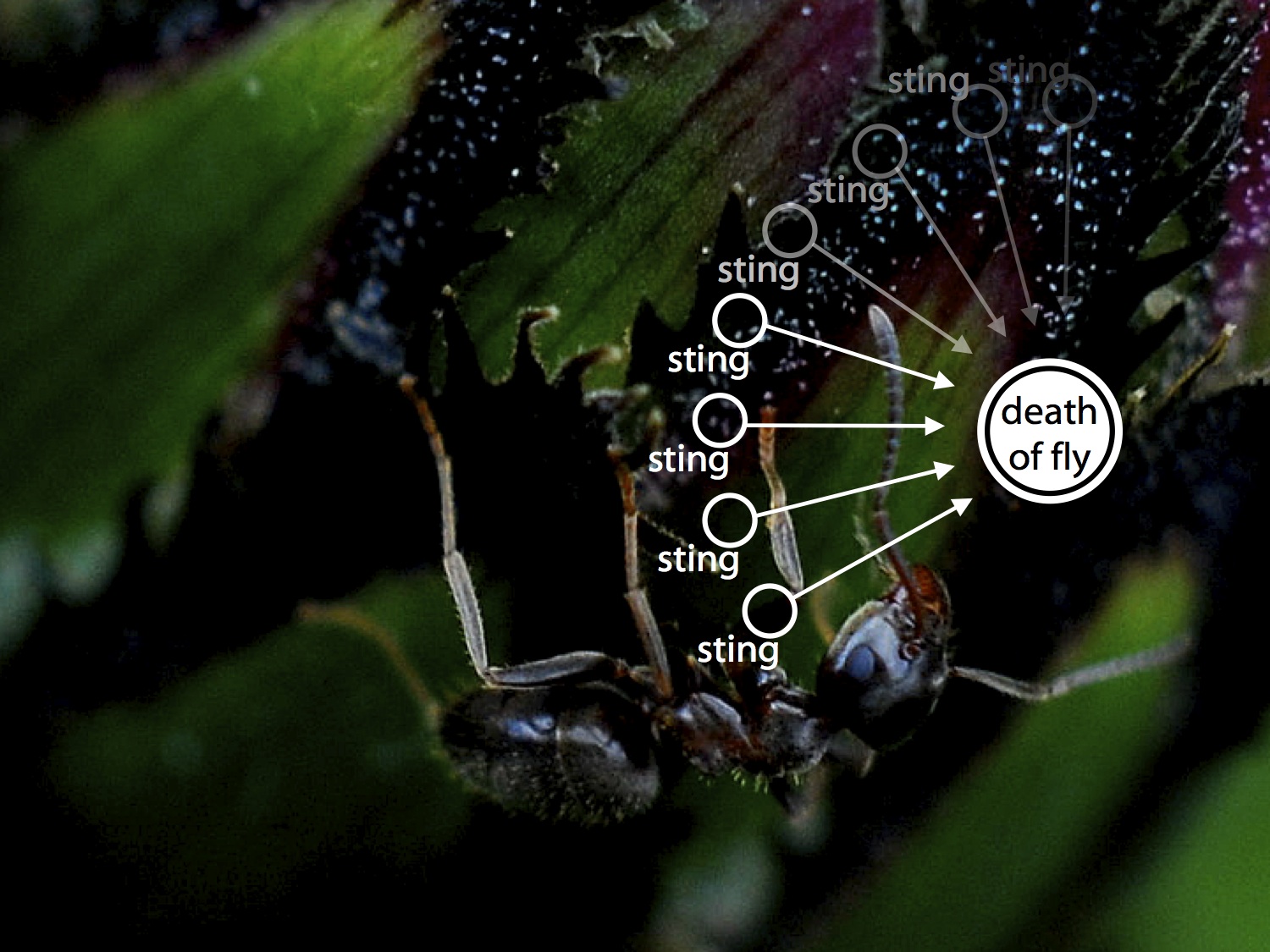 Some ants harvest plant hair and fungus in order to build traps to capture large insects; once captured, many worker ants sting the large insects, transport them and carve them up \citep{Dejean:2005vb}. There’s a lot you might extract from this behaviour (and we will return to the ants later), but for now just focus on the killing. Each ant stings the large insect they have captured, where none of the stings are individually fatal although together they are deadly. So when I tell you that the ants killed the large insect, this should be interpreted collectively. That is, it is not a matter of each ant killing the large insect; rather killing is collectively predicated of the ants.
You have two minutes to think of two sentences which, like mine, illustrate the contrast between collective and distributive.

Give another
collective-distributive
contrast pair.

Here are is my first example of the distinction between distributive and collective interpretations again ...

Now consider an example involving actions and their outcomes:

When collective, they act together.

The three legs of the tripod support the camera together.

Ayesha and Beatrice lifted the block together.

I want to suggest that reflection on these allows us to distinguish merely acting together from performing a joint action. Why? ...
...

So I disagree with Gilbert that

‘The key question in the philosophy of collective action is simply ... under what conditions are two or more people doing something together?’

This turns out to be a significant problem for Gilbert, who needs to separate her characterisation of the phenomenon to be explained from the theory that explains it.
In saying this I’m broadly in agreement with Ludwig ...

The important point here is that acting together is very pervasive and doesn’t require intention or awareness that we are doing it.

Two or more agents perform an intentional joint action
exactly when there is an act-type, φ, such that
each agent intends that
they, these agents, φ together
and their intentions are appropriately related to their actions.