A Counterexample to Bratman

I want to start by considering an objection to Bratman which I think is misguided, because seeing how this objection is misguided is the key to understanding what is wrong with Bratman’s account.

Having a shared intention involves us each intending that we, you and I, φ together.

‘Bratman’s account presupposes the element of sharedness it aims to explain.’

‘Bratman’s ... account of shared intentionality ... fails to give an account of the crucial element of collectiveness that is presupposed at its very base’

\citep[p.~37]{schmid:2009_plural_bk}
[The reply to Schmid is the people who block the asile, or the Tarantino walkers.]
Full quote: ‘Consider the following example. If we jointly intend to meet for lunch today, it does not seem necessary – indeed it is redundant – for me to form an intention of the form “I intend that we meet for lunch today” (rather, I will typically form some we-derivative [Sellars 1980: 99] or participatory [Kutz 2000a] intention of the kind “I intend to call you before noon to arrange a meeting place”). If and only if I take myself to be in a position to have a say in that matter, I might form an additional intention that specifies the content of our we-intention, and this additional intention might be of the form “I intend that we Jx” (e.g., “I intend that we have lunch together at the Japanese restaurant”). But intentions of this sort presuppose shared intentions instead of being their building blocks. It is only because we intend J that I can have intentions of the form “I intend that we Jx”. Thus it seems that Bratman’s “reductive” account of shared intentionality “in terms of attitudes and actions of the individuals involved” (1999: 108) simply fails to give an account of the crucial element of collectiveness that is presupposed at its very base, because he endorses formal individualism.’

I think Schmid is wrong that Bratman’s presupposes collectiveness. Quite the opposite: I think it fails to capture collectiveness. So my objection takes a line opposite Schmid’s (and cannot be correct unless his objection is wrong). 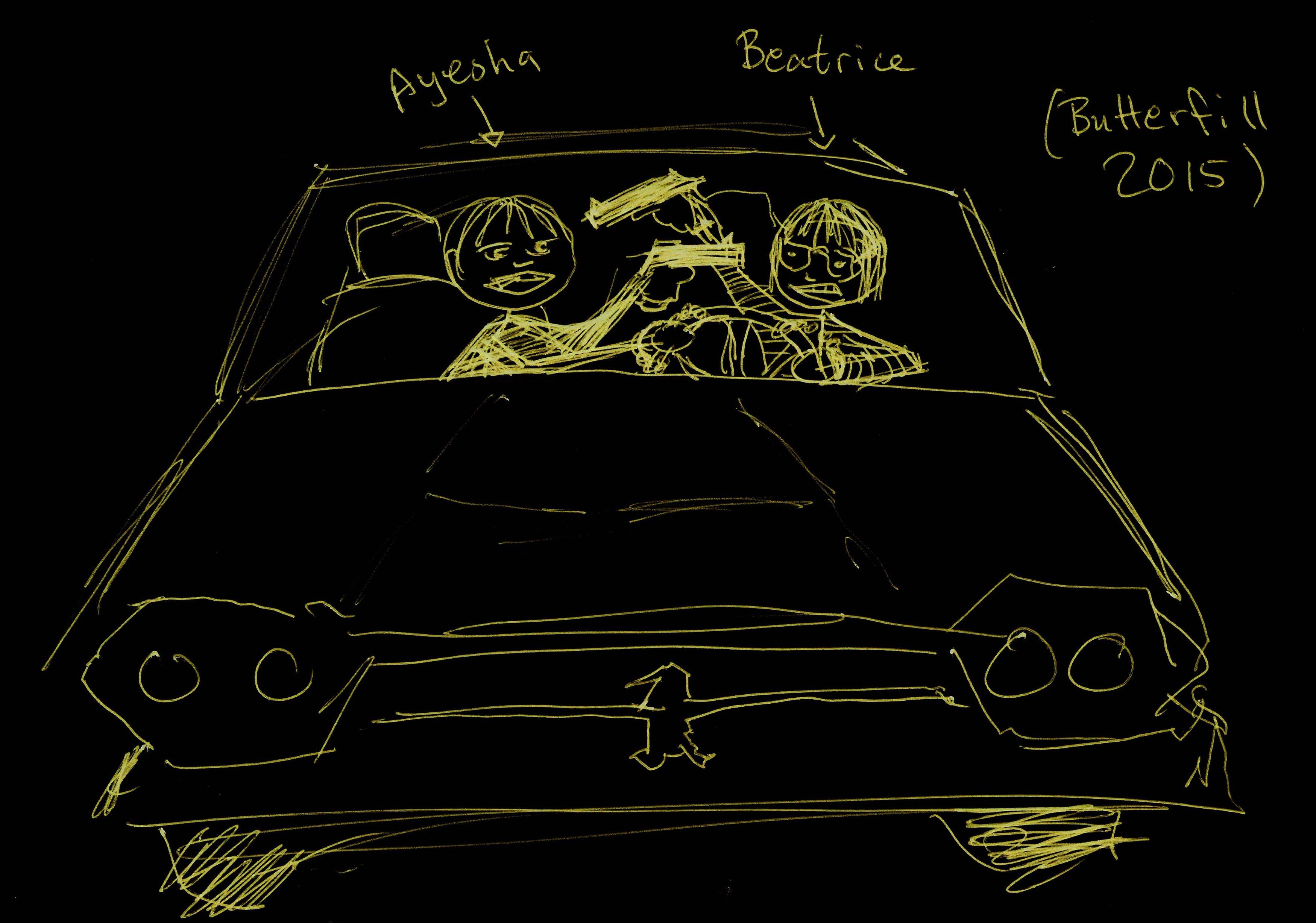 Ayesha and Beatrice are bitter rivals. They each have one wrist handcuffed to the steering wheel of the same moving car. They are matched in strength closely enough that neither can decide the car’s course alone: its movements will be a consequence of both of their actions.
Ayesha, determined that Beatrice should die and wishing to die herself, is wondering how she could bring this about. Thinking that she could pull her gun on Beatrice to force her to cooperate, she intends, unilaterally, that they, Ayesha and Beatrice, drive the car off the road and over a cliff.
If they now drive off the cliff in accordance with Ayesha’s intention, they won’t be exercising shared agency. Contrast this case with Thelma and Louise’s better known and more romantic intentional car crash (the two friends evade capture by driving off a cliff together; Khouri 1992). Whereas Thelma and Louise’s escape is a paradigm case of collective agency, the initial episode involving Ayesha and Beatrice does not seem to involve collective agency at all.
But now change how it happens. Let a sudden jolt causes the gun to fly from her hand and land far out of reach. Just as it seems she will have to abandon her intention, it strikes her that Beatrice has an intention which renders the gun unnecessary. For Beatrice, whose thoughts and actions mirror Ayesha’s, plainly intends what Ayesha intends, namely that they drive the car over the cliff. So Ayesha retains this intention and changes her mind only about the means.
Is this change enough to transform Ayesha and Beatrice’s actions into a joint action? If it is, Bratman’s account is in trouble---it would be a counterexample.
I used to think this is a counterexample, but now I’m not so sure. What do you think.

Is it a counterexample?

We have an unshared intention that we <J1, J2> iff

‘2. I intend that we J1in accordance with and because of la, lb, and meshing subplans of la and lb; you intend [likewise] …

So I take this case to be an objection to the idea that we can explain acting as one by appeal to shared intention if we also accept Bratman's claims about what is sufficient for shared intention.
So, at least provisionally, we can add Beatrice & Baldric to the right side of our list of cases of parallel but merely individual action.
This is a case where we have interconnected planning but no shared agency.
I'll strengthen the case for denying that BnB have a shared intention later by constructing a contrasting case in which there really is a shared intention.
(I might mention that there are also mundane counterexamples.)

So I reject two attempts to say what is involved in acting as one. The Simple View fails because it is possible to meet this condition while walking in the Tarantino sense, and the Bratman-esque Shared Intention Account fails because it’s possible to meet these conditions in a situation where you are merely treating others’ intentions as opportunities to exploit and constraints to work around.
Acting as one requires more than this (and perhaps less than this too). But what is missing?
The problem I think is that we are failing to capture the agents’ perspective. Acting as one is in part a matter of how things seem to the agent. It is also, I think, partly a matter of the agents exploiting the fact that they each intend the same thing, or that their actions have a collective goal. But how can we get from such an intuition to a theoretical account of acting as one?