How Are Aggregate Subjects Possible? 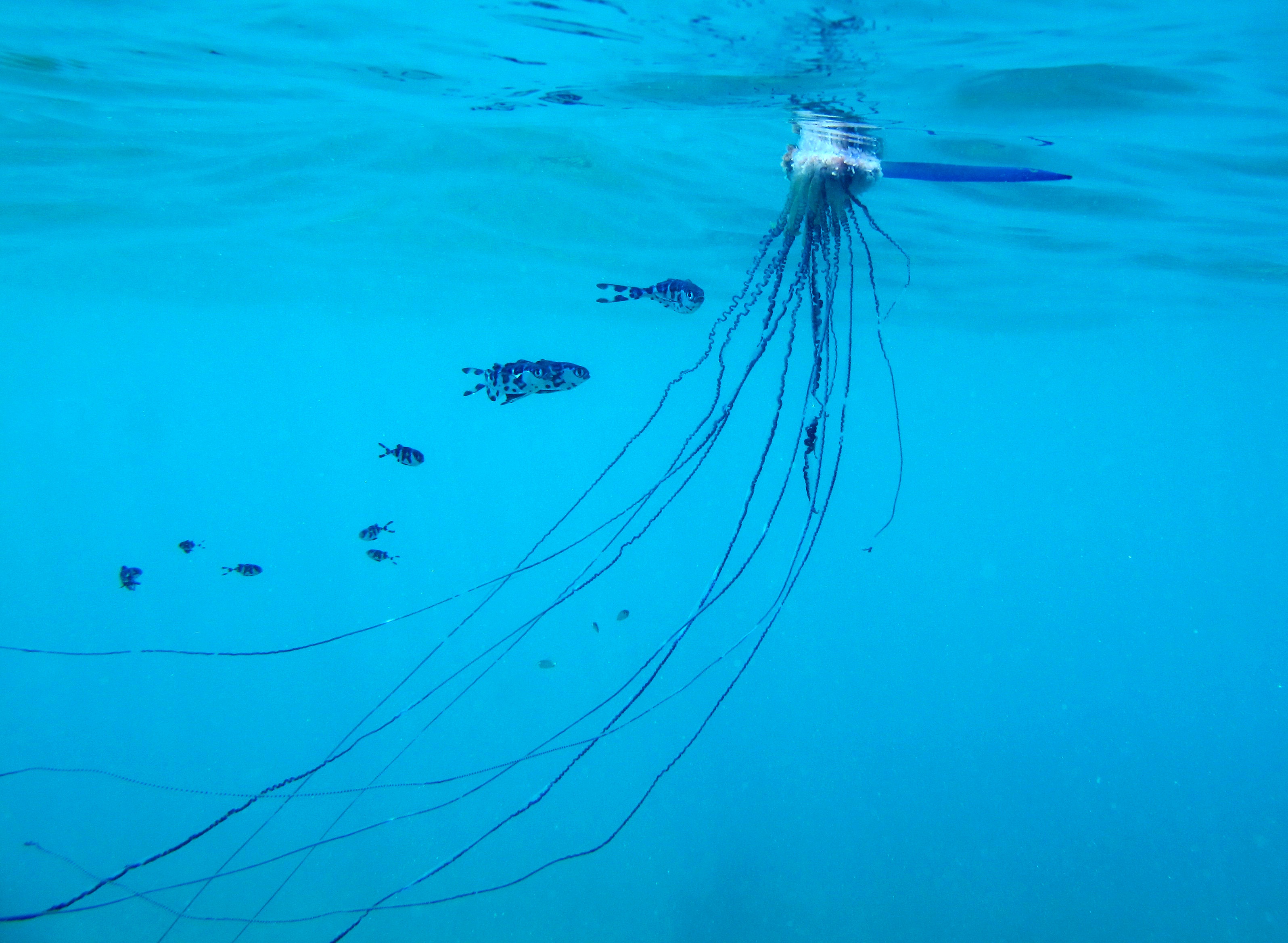 As I said before, I think Helm wants what I will call an ‘aggregate subject’. (He uses the term ‘plural robust agent’, but this is because he ignores a distinction between aggregate and plural subjects which will be important later.)
Meet an aggregate animal, the Portuguese man o' war (Physalia physalis), which is composed of polyps.
Here you can say that ‘the group [of polyps] itself’ is engaged in action which is not just a matter of the polyps all acting.
To illustrate, consider how it eats. Wikipedia: ‘Contractile cells in each tentacle drag the prey into range of the digestive polyps, the gastrozooids, which surround and digest the food by secreting enzymes that break down proteins, carbohydrates, and fats, while the gonozooids are responsible for reproduction.’
This jellyfish-like animal is a crude model for the sort of aggregate agent Helm (and others) suggest we need.
But how can such a thing exist? Humans do not mechanically attach themselves in the way that the polyps making up that jellyfish-like animal do.
So how are aggregate agents possible?

Cordulas’ imperative: In theorising about joint action, see it from the agents’ point of view(s).
By way of giving you a preview of what is coming, I want to explore a sequence of three four ideas.

1. An imaginary we ... that plays a guiding role ... and ends up not being imaginary after all

Objections: (a) seems to depend on long-term collaboration, or at least the potential for it; (b) intellectualist (depends on members thinking of themselves as members of a group); and (c) clearly involves the group as an entity distinct from any of the individuals.

3. Team reasoning ... and its relation to shared intention ‘lite’

Ultimately, there is a justification for postulating collecive intentions, collective commitments and the rest. But the justification is that by self-ascribing such attitudes, individual agents may achieve coordination and cooperation. (Gilbert claims people happen to understand themselves in this way; but she has no account at all of how understanding yourself in that way, or failing to, would make a difference to the kickings, walkings and smiles that make up everyday social interactions.)